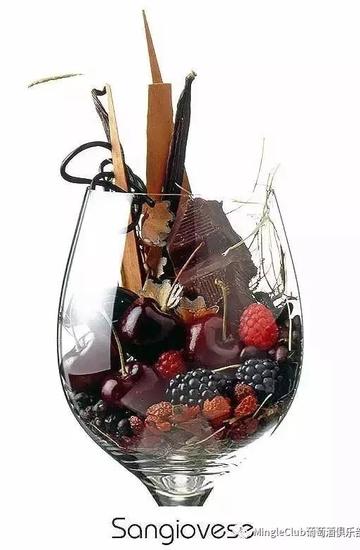 Sangiovese on the vine

Sangiovese-Sangiovese is named "Sanguis Jovis" and in Latin means "Jupiter's Blood". Sangiovese is widely distributed in Italy, especially in the central “red belt” area. "Red belt" refers to several regions in central Italy: Umbria, Lazio, Tuscany, Marche and other regions. These large regions have long been controlled by the Communist Party of Italy, and are still the areas that favor the left-liberal position, and the wines produced are also particularly famous. The most famous of them, Chianti, Brunello and Vino Nobile di Montepulciano, are made from Sangiovese grapes.

Italian Sangiovese is a thin and late-maturing variety. Late maturity means that it has more time to accumulate flavors and has the potential to make great wines – because the value of wine is not in alcohol, nor in sugar, but in the ever-changing flavor of flavor. Thin skin means that its style is generally more inclined to be lean and light rather than rich and heavy. For the grower, the skin thin + late maturity means that this is a troublesome and consuming god. Originally, the grapes are not skin-skinned, and the late-maturing and long-night dreams are good. Fortunately, Sanjiao Weisai’s disease resistance is not bad, and it is not It is delicate.

In general, Sangiovese is light in color, high in acidity and tannins, and usually has obvious red fruits, herbs and spices. After age, it will develop mushrooms, leather and other fragrances.

There are more than 500 native grape varieties recorded in Italy, but if you can only choose one variety to represent Italy, then it is Sangiovese. Because this variety is widely distributed in Italy, but rarely grown in other countries, more importantly, Sangiovese has the same personality as the Italians.

If you compare the international standard grape varieties such as Cabernet Sauvignon or Cabernet Sauvignon + Merlot's Bordeaux blend, if the effect of Bordeaux blending is a beauty photo taken with a beauty camera, then Sangiovese is relatively So there is no photo of the woman who passed the PS (it can't be said that it is better to not pass the PS, after all, most men are actually Ye Gonghao for photos of women who have not passed PS).

Relatively speaking, Cabernet Sauvignon is relatively square, relatively regular, not easy to make mistakes, as long as the raw materials are still right, the production process according to the rules, the quality of the produced wine is generally justified. Even if a lot of Bordeaux blends with a domestic retail price of less than 100 yuan tastes good, it is nothing more than a mediocre one, but it may not be bad, or at least the surface can be modified to be flat, and it is not easy to have too much leakage; And the cheap Sangiovese will almost certainly be difficult to drink, either acid, or oligo, or sour and meager like drinking hydrochloric acid, can not do fake. As compensation, good Sangiovese is much more interesting than good Cabernet Sauvignon, and the reality is that in the mid-to-high-end price range, the high-quality Sangiovese is very cost-effective.

My friend, Corrado Bottai, the owner of Le Velete winery, concluded that Sangiovese is a beautiful mess (Sangiovese is beautiful and chaotic). For me, the same is true for Italy.

The following is a blend of Sangiovesevi as the main raw material. It is really difficult to find a more cost-effective wine in Italian wine.

The original article on weixin